Supermodel Amber Chia had her body painted for 3 hours but did not mind because it’s for a good cause for PETA (People for the Ethical Treatment of Animals) Asia Pacific.
Their new campaigns is  ‘Keep Wild Animals Free: Boycott the Zoo’.
The photographs will appear on posters and newspapers across the globe early next year in a campaign against zoos.

“Tigers, elephants, and chimpanzees aren’t meant to live fenced in any more than I am,” says Chia as she holds a sign that reads, “Keep Wild Animals Free. Boycott zoos.”

The ad will run in Japan, Thailand, Germany, the U.S., and Korea later this year.
See Amber Chia campaigning for PETA wearing almost nothing but body paint. 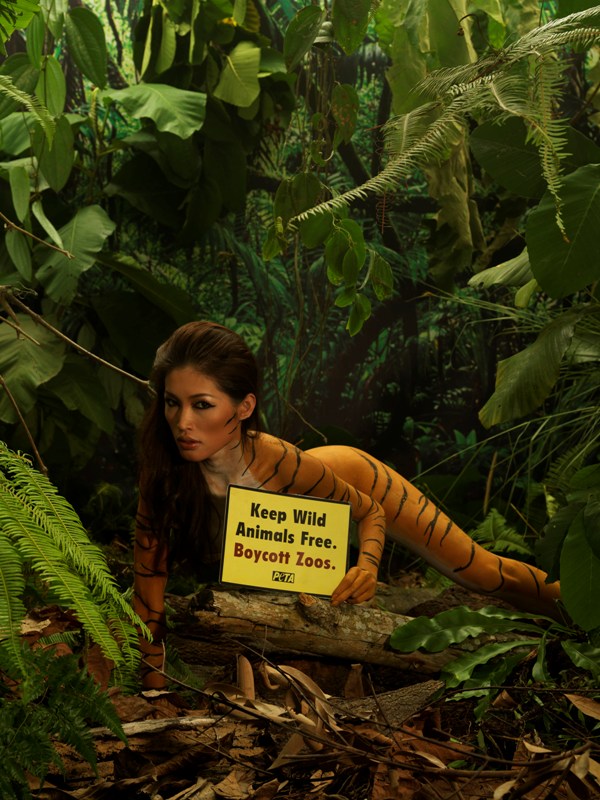