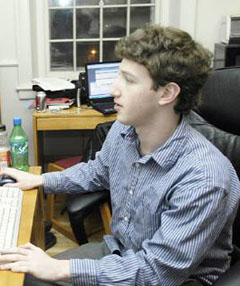 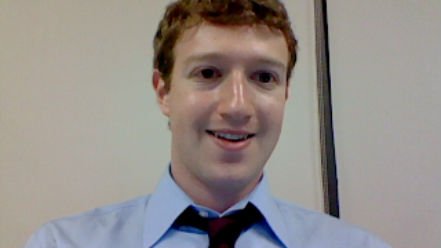 He looks more good looking now 🙂
Mark Zuckerberg’s Twitter
http://twitter.com/finkD
http://www.facebook.com/markzuckerberg
Facebook finally makes money, tops 300m users
SAN FRANCISCO, Sept 16 — Facebook is making enough money to cover its costs and now has 300 million users, the world’s largest social networking site said yesterday, proving the Internet’s newest star industry can be a viable business.
Facebook is now generating enough cash to cover its operating expenses, as well as the capital spending needed to maintain its fast-growing service.
Analysts said this shows the financial viability of Facebook, which has faced questions about its underlying business model, despite its popularity, and was a good sign for a potential initial public offering.
“It’s certainly meaningful to show that this is absolutely the real deal,” said Broadpoint Amtech analyst Ben Schachter. “They are executing. People are spending money on the site.”
Since its creation in a Harvard dorm room five years ago, Facebook has emerged as one of the Internet’s most popular destinations and is increasingly challenging the Web’s established powerhouses like Yahoo Inc and Google Inc.
Facebook unveiled a revamped search engine last month and is currently testing an online payment system. Facebook users have tripled from about 100 million a year ago.
Facebook Chief Executive Mark Zuckerberg said in a blog post on the company site yesterday that Facebook reached its goal of being free cash flow positive in its most recently ended quarter. The company had previously projected reaching the target sometime in 2010.
“This is important to us because it sets Facebook up to be a strong independent service for the long term,” said Zuckerberg in the blog post.
Facebook spokesperson Larry Yu said the free cash flow metric does not include any cash from private investment.
In May, Facebook announced a US$200 million (RM700 million) investment from Russian investment firm Digital Sky Technologies in a deal that valued the company’s preferred shares at US$10 billion.
DST valued Facebook’s common shares at US$6.5 billion in a subsequent deal to purchase shares from Facebook employees.
Facebook’s becoming cash flow positive ahead of schedule provides another nugget of data to back up the lofty valuations, and according to one analyst, makes Facebook a more attractive candidate for a potential public offering.
“They can command higher confidence from investors now,” said Collins Stewart analyst Sandeep Aggarwal, who noted that he believes Facebook could go public in the second half of 2010, or in 2011.
Zuckerberg said in May that any IPO is “a few years out.”
Facebook did not provide any other financial details yesterday. The company has previously said its revenue was on track to grow 70 per cent this year.
Facebook board member Mark Andreesen told Reuters earlier this year that the company will surpass US$500 million in revenue this year.
Zuckerberg said in his post that the company is exploring ways to make the service perform faster and more efficiently as the number of Facebook users continues to grow. — Reuters