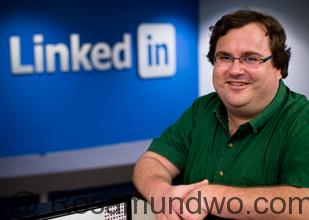 Reid Hoffman talks about his path from academia to social media.
(Fortune Magazine) — My dad wouldn’t let me have a computer because he didn’t think it was relevant. I was in college before I actually got one. I think if he knew then what he knows now, I would have had one much earlier.
But I’ve always had an interest in how we improve people’s ecosystems — whether it’s civics or education or economics. When I was an undergrad at Stanford, I thought the way to do that was to be an academic. Then I saw that wasn’t the right way, because you become a scholar and publish in an area where only, like, 50 people will read it.
Find ways to reach people.
How do you change lives for millions of people? At Oxford [as a graduate student in philosophy] I decided software entrepreneurship was the way.
I came back to Silicon Valley and worked for Apple and then Fujitsu before starting Socialnet, an early social-networking site. After a while I didn’t agree with the direction it was going, so I talked to Peter [Thiel, co-founder of PayPal], whom I knew from Stanford. He said, “Come join us. Help us at PayPal.”

Improve users’ lives.
What I realized before PayPal was sold was that there was going to be a confluence of two forces.
One was how the world of work is changing — every individual is now somewhat entrepreneurial. They’re getting the next gig themselves.
The other was the Internet, which could empower all these individuals to establish profiles online so that people can find them. You’d be able to use your network to get access to people to better chart your path.
I started LinkedIn because changing people’s professional lives is a massive transformation. In 2003 we got financing from Sequoia Capital, and we started to get more and more people into our service. Everyone began to realize the value. That’s when I was, like, “This could work.”
Secrets of my success
• It’s okay to be brief
When people ask me about work/life balance, I just laugh. But I try to be time-efficient by scheduling meetings in appropriate increments –15 minutes or less sometimes. I’ve also tried to build a culture that understands writing brief e-mails is not emotional coldness.
• Be willing to change course
Entrepreneurs tend to believe, “I’ve got my idea, I’ll go until I die.” But I advise them to take seriously the questions about whether their [business] plan is irredeemably flawed and whether they need to change what they’re doing. Be diligent about failing fast so that you don’t spend five years doing something that’s just going to fail.
• Don’t be a perfectionist
I frequently tell Internet entrepreneurs, “If you’re not somewhat embarrassed by your 1.0 product launch, then you’ve released too late.” There’s value in launching early, getting engaged with customers, and learning from them. That can direct your progress.
Source